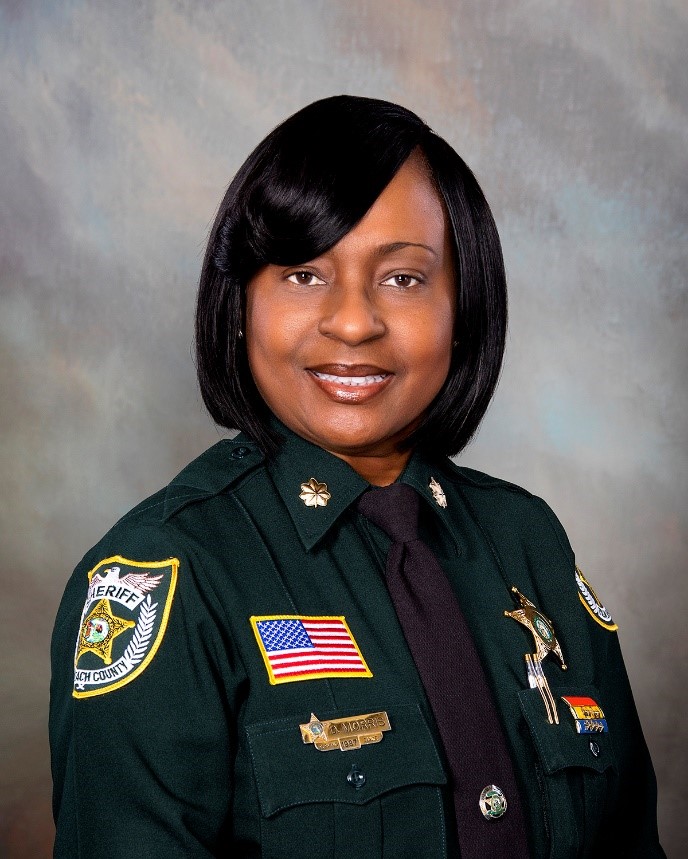 Major Morris started her career with the Palm Beach County Sheriff’s Office in 1987. She has been assigned various positions within Corrections.. Major Morris was promoted to Sergeant in 1999, Lieutenant 2004, Captain in 2015 and to the rank of Major in January 2021.