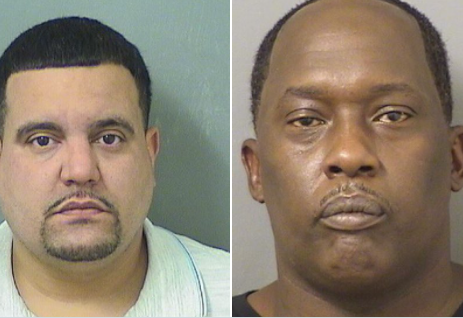 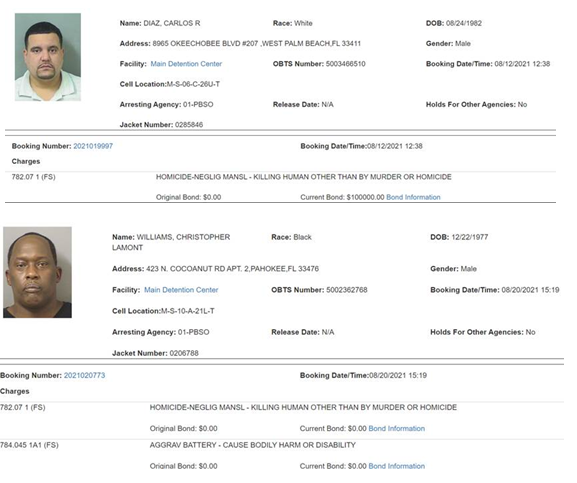 Minutes later, PBSO road patrol deputies located the pickup truck at 6th Avenue and Congress Ave with a body part of the deceased visible in the rear bed area.  At that time a pursuit ensued and traveled eastbound on 6th Ave to I-95 then Northbound on I-95 to Martin Highway in Martin County.

With the assistance of Martin County Sheriff’s Office deputies the pursuit was terminated on Martin Highway under I-95.  Both suspects were taken into custody and the deceased victim’s body was located in the bed of the truck.