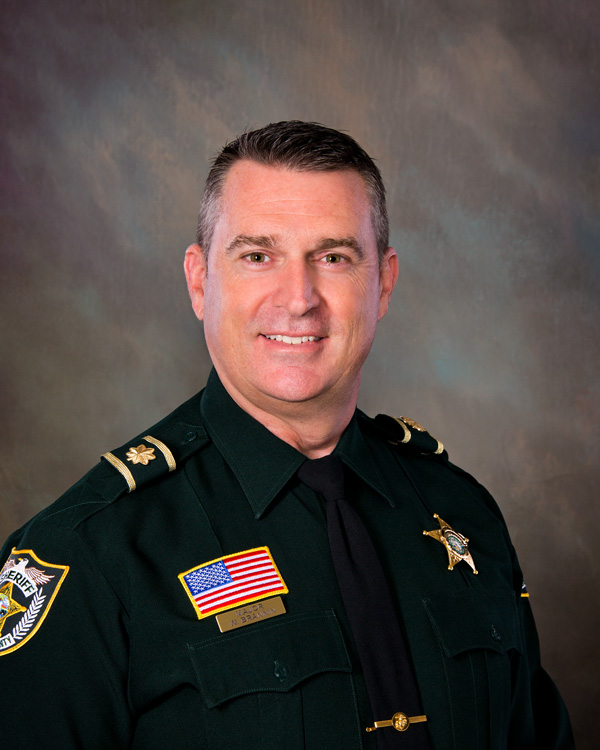 After serving in the United States Marine Corps for 4 years, Major Brannin began his law enforcement career as an officer with the Lake Worth Police Department in 1995. He then joined the Palm Beach County Sheriff’s Office as a Deputy Sheriff in 1998. In 2001 Major Brannin took a leave of absence to serve with the United Nations International Police Task Force in Kosovo, Yugoslavia.

Major Brannin has been promoted through the ranks of Sergeant, Lieutenant, Captain, and was appointed to the rank of Major in March of 2016. He has been assigned to and supervised a variety of assignments including Road Patrol, Detective Bureau, Internal Affairs, Legal Affairs and currently the East Region.

Major Brannin holds both a Bachelor and Master’s Degree in History from Florida Atlantic University.