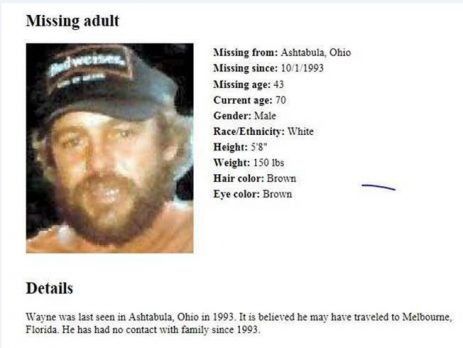 There has been a Cold Case breakthrough on the disappearance of Wayne Calvin Griffith, who was reported missing by his family in Ashtabula, Ohio on October 1, 1993.
On May 11th, PBSO Cold Case Detectives were notified by the University of North Texas Center for Human Identification that the remains found on Oct. 25th, 1993 belonged to Wayne Calvin Griffith based on a DNA match between the unidentified DNA sample and family members reference samples in the Combined DNA Index […]