On April 27, 1985, 78-year old female was reported missing to the Lake Worth Police Department at approximately 4:30 PM on the same day.  At 9:54 PM on the same day, a passerby driving on Old Indiantown Road in Jupiter, Florida (Palm Beach County) discovered the victim lying naked and motionless on the desolate dirt roadway.  She was unconscious and her clothing was strewn on the dirt roadway near her body along with her bloodstained dentures.  The victim was bleeding profusely from blunt force like injuries to her head and face.  Deputies from the Palm Beach County Sheriff’s Office (PBSO) responded, secured a crime scene and summoned Crime Scene Technicians and Detectives to investigate the incident.  On May 8, 1985 at 5:12 PM, the victim died.  An autopsy determined her death as a homicide.

PBSO Detectives from the Cold Case Homicide Unit conducted a case review and consulted the PBSO Crime Lab on further processing of DNA evidence.  In March of 2021, our Forensic Scientist entered a male DNA profile extracted from the victim into the Combined DNA Index System (CODIS) with the recent emergence of DNA processing technology available to the PBSO Crime Lab.   The Florida State CODIS (DNA Database) made an association between the victim’s sexual assault kit and the DNA Offender specimen belonging to Richard Lange.  The final step in the confirmation process mandated by the DNA Crime Lab requires investigators obtain a direct-source DNA sample in the form of saliva swabs from Richard Lange in order to confirm the DNA hit associated with the vaginal swabs from victim.  Richard Lange currently resides in Boynton Beach, FL and he was 25 years old at the time the murder was committed.  Detectives obtained a DNA Confirmation Search Warrant for Richard Lange where Lange’s DNA sample was taken from him at his residence in Boynton Beach, FL on April 22, 2021.  Lange denied knowing or having any involvement in the murder of the victim.  The DNA sample from Lange was turned into evidence for confirmation processing by the PBSO Crime Lab on the same day at 2:00 pm.  On April 22, 2021, the PBSO Crime Lab confirmed the DNA association match between the vaginal swabs of the victim and Richard Lange’s DNA.

Richard Lange was arrested and booked into the PBC Jail on the charges listed below.  Lange should be attending first appearance this morning. 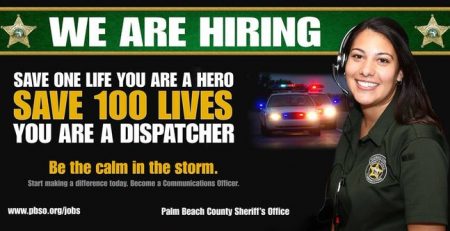