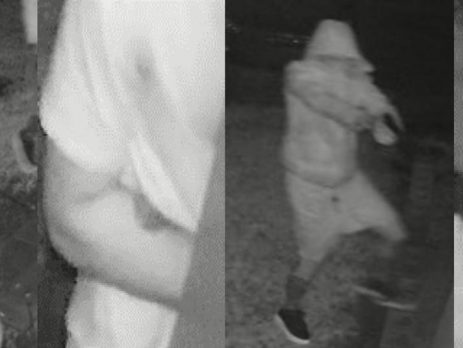 Two masked suspects armed with firearms forced the victim into his home at gunpoint and demanded cash.

Suspect one was described as a Hispanic male, 5’10”, athletic build, and a tattoo on his right forearm.

Suspect two was described as a light skin black male, 5’09”, thin build, and a tattoo on his lower right leg.

Anyone who can identify this suspect is urged to contact Crime Stoppers at 1-800-458-TIPS or you can remain ANONYMOUS by downloading our new app “PBSO” for your Apple or Android Smart Phone and using the “See Something” feature. The app can also be downloaded from www.pbsoapp.com.