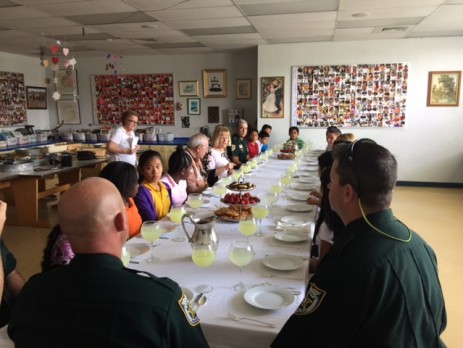 On Monday, May 11, 2015, Deputies from the Lake Worth Community Policing Unit attended the South Grade Elementary School “High Tea” Event. This is a school program where students learn proper dinning etiquette and we are invited to the final dinner where they demonstrate the newly learned etiquette.
[envira-gallery id=”3716″]
Image Gallery: 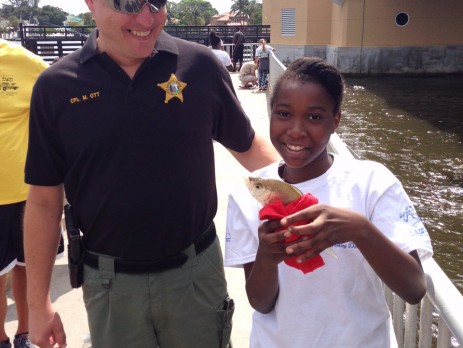 On Saturday, May 2nd deputies participated in the annual Lantana Kids Fishing derby, hosted by the Lantana Chamber of Commerce. Fishing poles, along with tackle boxes full of fishing equipment, were purchased by the chamber for 50 children from all around the county who were invited to participate. The children fished from the seawall adjacent to the new Lantana bridge in the intercostal waterway. All kids were assisted by volunteers and deputies with hooking bait, fishing tips, and bringing […] 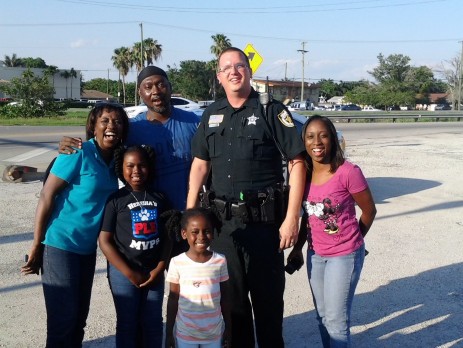 On 5/1/15 at 5:40 pm a family in a mini-van was stopped at a red light on Main Street in Belle Glade while en-route to Tampa for a family reunion. While waiting for the light to turn green, a cat jumped onto the rear axle area of the vehicle. The driver heard the cat howling from underneath the van and would not move her vehicle from the roadway, fearing she would injure it. I looked underneath the van and […] 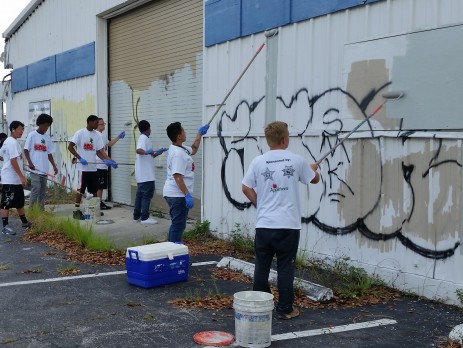 On Saturday, April 18th, Circuit 15th Probation Staff and Palm Beach County Sheriff’s Office deputies worked together with youth currently on probation through the T.A.G. (Teens Against Graffiti) Project. The participating youth painted over unsightly graffiti covering a local business wall and a vacant building close to family shopping areas in West Palm Beach. Department of Juvenile Justice and PBSO will continue to work on eradicating graffiti every third Saturday of the month in different locations throughout Palm Beach […] 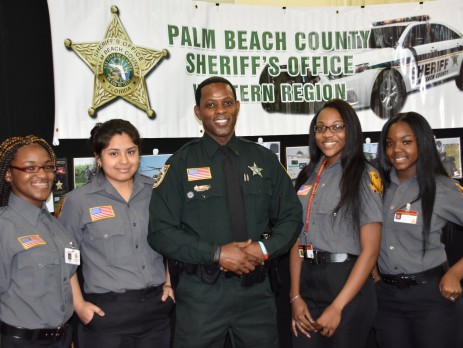 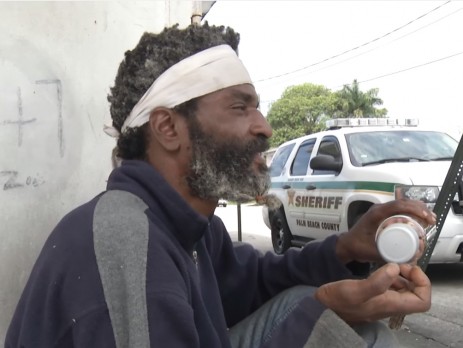 Two PBSO Deputies helped out a homeless man with no shoes, by giving him a pair of their own boots. One deputy took a photo of the man posing with his new boots and the picture went viral on the Internet. The deputies explained that their jobs involve helping citizens any way they can and they truly care about the citizens of Belle Glade. 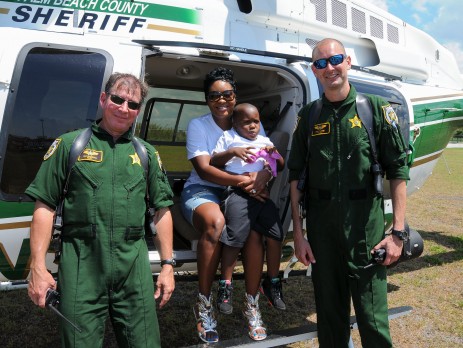 PBSO and the Sheriff’s Foundation had a great day in Pahokee at Anquan Boldin’s Family Fun Day on 4/11/15.  The event took place at the Pahokee High School football stadium, which is named after its former star and current San Francisco 49’ers wide receiver.  Besides music, games and great food, hundreds of kids and adults alike were able to get up-close educational encounters with PBSO specialty units, including SWAT, K-9, Mounted, Marine, Bomb Squad and Aviation.  Thanks to Anquan […] 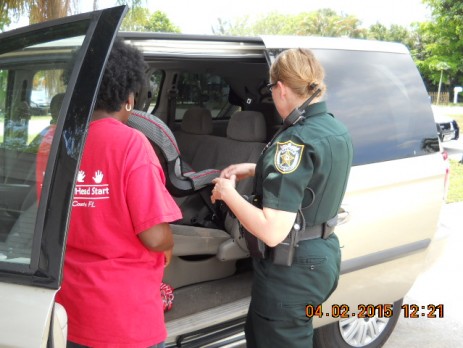 Deputy delivers much needed car seat to a deserving family in the Watergate Estates, Boca Raton
D/S Alonso received a donated car seat from PBC Fire Rescue personnel. She delivered and installed the car seat to the grateful resident.

Thanks to D/S Alonso for assisting this deserving family. 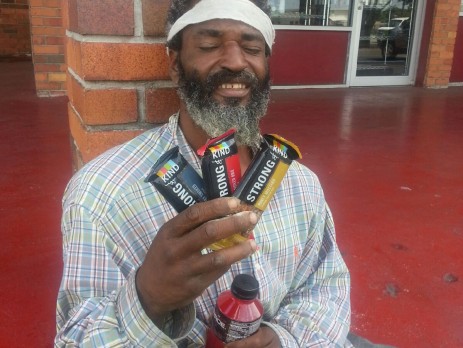 KIND brought snacks and tokens of appreciation to celebrate deputies in Belle Glade for spreading kindness in their community.
Recently, K9 deputy gave his boots to a local homeless man and a sergeant gave his son’s outgrown bicycle to a local child.