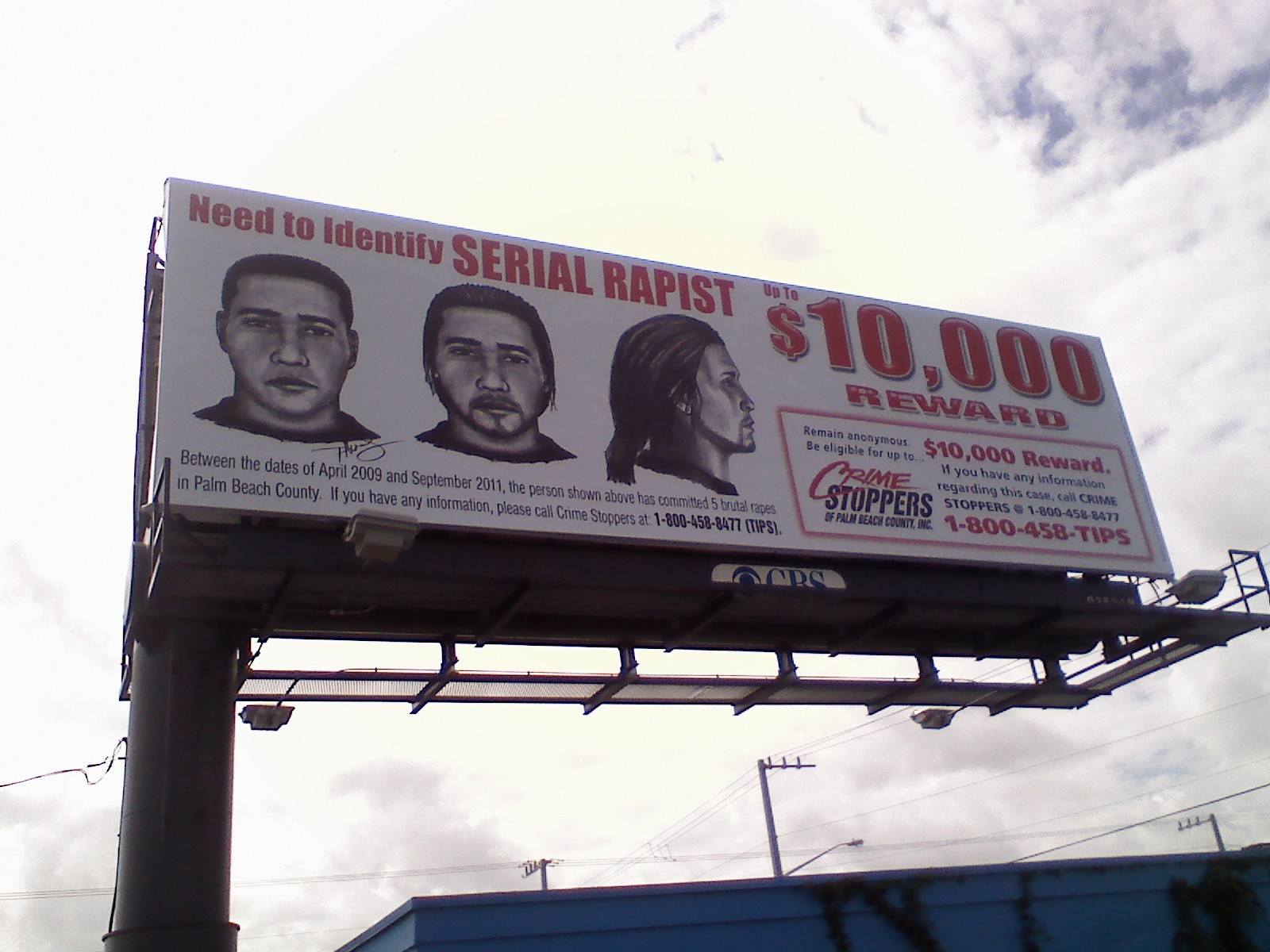 Baltazar Gabriel Delgado Ros, (AKA by several aliases and the nickname “Hormigo”) is a Hispanic male, date of birth January 21, 1986.

Prior to his identity being known to law enforcement, he was known as “The Palm Beach County Serial Rapist.”

Delgado was formally charged with the violent attacks and sexual assaults of five women.

Summary of the 5 Investigations:

Victim #1 was walking near the 200 block of Old Dixie Highway, Town of Jupiter, Palm Beach County. An unknown male, who covered his head with a white t-shirt, grabbed the victim by the shoulders and threw her on the ground. He kicked and punched the victim and then covered her nose and mouth with his hand causing her to nearly lose consciousness. The suspect bit the victim and struck her repeatedly in the head with his fists and sexually battered her.

Victim #2 was asleep in her bedroom when she woke and saw an unknown male standing on the side of her bed. The residence is located in the Village of Palm Springs, Palm Beach County. During a struggle, the suspect pressed what is believed to be a knife to the victim’s neck. He threatened to kill her and then sexually battered her. The victim was concerned not only for her life but also the safety of her two-year-old daughter and mother who were both asleep in separate rooms of the home.

Victim #3 was sitting in a chair smoking a cigarette outside her residence located on Melaleuca Trail, unincorporated Palm Beach County. An unknown male approached from the east side of the house and grabbed the victim, placing an unknown object against her neck, cutting her throat. The victim was severally beaten and bitten on several parts of her body, to the point she was unrecognizable, and sexually battered.

Victim #4 left her house and began walking to work. While walking in the 2800 block of Lake Worth Road, unincorporated Palm Beach County, an unknown male approached her from behind and threatened to kill her. The suspect struck the victim in the head and face causing her to lose consciousness. The suspect sexually battered her. The victim sustained multiple facial fractures, head trauma, and bleeding on the brain in addition to the sexual battery.

Victim #5, was walking in the 2500 block of 10th Avenue, unincorporated Palm Beach County. The suspect grabbed the victim from behind. The suspect pulled the victim onto the grassy area next to the sidewalk where he struck her head and body, rendering her unconscious. The victim was bitten and sexually battered. A juvenile in the area witnessed some of the attack and promptly telephoned authorities. It was due to the quick actions by this witness that detectives were given new leads to these cases.

• Beginning in 2003, Delgado Ros lived in different locations within Jupiter, Florida, with his brother and attended Palm Beach Gardens High School for a short time in early 2004.
• Delgado Ros and family members lived on 1st Street, Jupiter, Florida. The address is less than a block from the location where Victim #1 was attacked (April 9, 2009).

• Delgado Ros worked with Victim #2’s husband, who was deported back to Guatemala approximately two weeks prior to her attack (July 24, 2009).

• Delgado Ros knew a co-worker who lived across the street from Victim #3 during the time she was attacked at her home (August 9, 2009).

• Beginning on October 1, 2011 Detectives began “canvassing” the streets near State Street distributing flyers showing a suspect sketch with long hair. Delgado Ros shaved his hair and abruptly moved from State Street on October 3, 2011, and relocated to North F Street, Lake Worth.
• On October 8, 2011 Delgado Ros left the Lake Worth area and flew to Guatemala leaving from Miami International Airport.

• On November 5, 2011 Delgado Ros committed an attempted sexual battery on a child under 12-years-old and was arrested in Guatemala. He was subsequently afforded a bond and was released pending further Guatemalan court proceedings.

• On November 8, 2011 Detectives were told by the residents on F Street, Lake Worth that Delgado Ros slept on their couch for the one week. The residents told Detectives that Delgado Ros left his sneakers at their house. The sneakers were seized and delivered to the Palm Beach County Sheriff’s Office Crime Laboratory – Forensic Biology Unit to be analyzed.

• On November 11, 2011 residents on F Street identified Delgado Ros through a social network site and newspaper article photo as being the person arrested in Guatemala and the person they knew as “Gabriel Delgado.”

• Probable Cause for an arrest warrant was established based on the fact Delgado Ros matched the suspect description provided to law enforcement, the fact he changed his appearance when police activity began around his residence, the fact he had lived and/or visited all the areas where the attacks have occurred, the fact Delgado Ros was friends with Victim #2’s husband and knew she would be at the residence without her husband, the fact he left the country when suspect sketches were publicized showing a suspect description, and then after arriving in Guatemala he was arrested for attempted sexual battery on a victim under the age of 12, as well as the DNA match between evidence recovered at each crime scene and the DNA obtained from the shoes belonging to Delgado Ros.

• February 3, 2012, Delgado Ros was arrested in Guatemala for the international warrants stemming from the crimes committed in Palm Beach County.

• Palm Beach County Sheriff’s Office, the Palm Beach County State Attorney’s Office, the US Marshal’s Service, the US Department of State and numerous other agencies from the United States and Guatemala worked together to facilitate the international extradition process. Once the criminal charges against Delgado Ros were resolved in Guatemala, the final extradition agreement was authorized on March 4, 2014 and arrangements were made to bring Delgado Ros to the United States to stand trial for the crimes committed in Palm Beach County.

• On March 26, 2014 Delgado Ros was flown from Guatemala to Miami by the US Marshal’s Service and detectives from the Palm Beach County Sheriff’s Office. 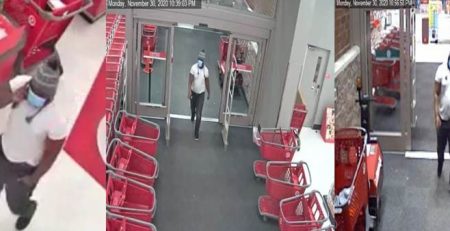 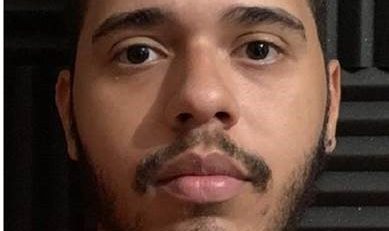 MA21-01
For Immediate
Contact:       Crime Stoppers 1-800-458-TIPS
Text to: tips@cspbc.com
Email to:  www.crimestopperspbc.com
MEDIA ADVISORY
Can you identify this male?  He is WANTED for… 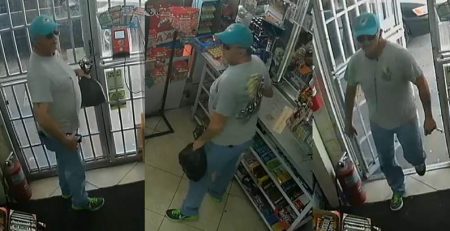 MA20-69
For Immediate  Contact:
Crime Stoppers 1-800-458-TIPS
Text to: tips@cspbc.com
Email to:  www.crimestopperspbc.com
MEDIA ADVISORY
SO BRAZEN … You took a wallet that… 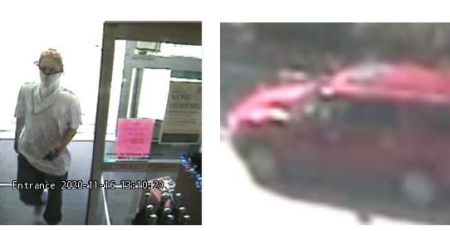 Suspect WANTED for theft from Total Wine.
Detectives are seeking the…