PBSO dispatch received a call from a resident in the 16300 block of Alexander Run, Jupiter.

The resident stated that her neighbor was armed with a firearm and pointed and discharged the firearm at her.

The homeowner then retreated into her home.

Deputies arrived on scene and attempted to reason/talk with the homeowner.

The homeowner refused to respond to deputies commands on scene so PBSO SWAT members were called.

The plan was affected which resulted in the homeowner ending her standoff peacefully.

No injuries to the neighbor.

The homeowner, Sonya Gaskell, DOB: 6/25/61, was charged with Aggravated Assault with a firearm.

After being medically cleared she will be transported to PBC Jail. 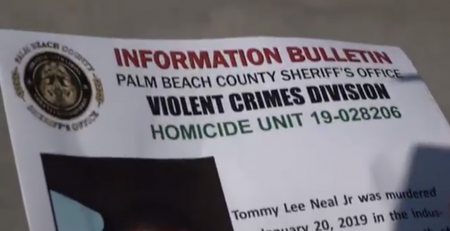 Your heart will break after you hear the crying pleads from the family of Tommy Lee Neal Jr. who…