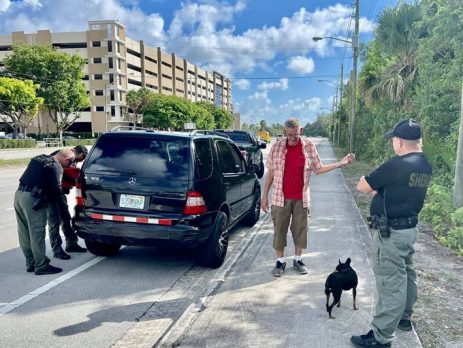 Sgt. Cullen was driving when he came across a stopped car in the road. In the driver’s seat was 63-year-old, Richard, crying with his forehead against the steering wheel. His dog was in the passenger’s seat trying to comfort him. . . Once he calmed down, he told us his story…

Richard lived with his best friend for 10 years on Lake Worth Road. Recently, Richards’s best friend passed away, and the rental management had told him that he had to leave. Richard complied & had been living from his car for a few weeks, along with his 10-year-old dog “Batman.”

He used the little money he had for food and gas while looking for work but was hitting dead ends, due to his homeless appearance and age. When we found him, Richard’s car had run out of gas, stopping in the roadway.

He thought this was the end of the road, that his car would be towed and that he would lose his home and all hope. But that was not the case. Sgt. Cullen approached him, listened to his story, put some gas in his tank, and got him something to eat. But that’s not all.

Our PBSO Homeless Intervention Team escorted him to The Annex where he will be given shelter and food while a new life is re-planned. Remember, happiness is just one kind gesture away. We all have the power to make a difference in someone’s life. 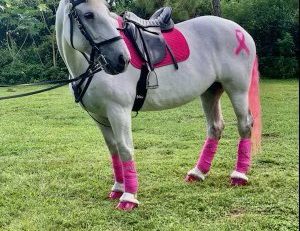 This morning we held our annual Breast Cancer Awareness Breakfast at the Gun Club Cafe.