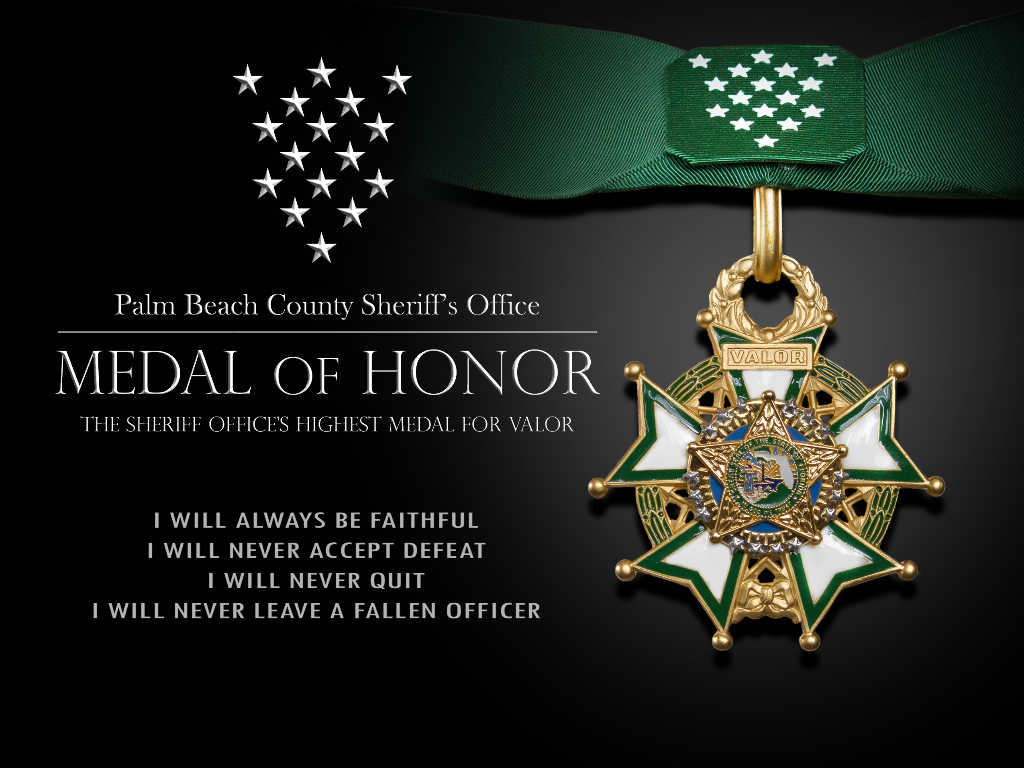 On July 2009, the Palm Beach County Sheriff’s Office established a new design for its Medal of Honor to recognize a Deputy Sheriff who, while performing official criminal justice duties or serving in the line of duty, distinguishes himself or herself conspicuously by gallantry and intrepidity at the risk of his or her life, above and beyond the call of duty, while engaged in hostile action or against a dangerous or armed assailant.

There have been seven PBSO recipients of the PBSO Medal of Honor.

The medal itself is rich with symbolism.

A green laurel wreath is joined at the bottom by a gold bow-knot, a domed five pointed white star with bordered forest green, points reversed with V-shaped extremities tipped with gold balls.  A gold bar inscribed with “VALOR” is affixed to the center top V-shaped extremity.

At top, a Latin inscription, “CONSTANTIA ET VIRTUTE” (by firmness and courage), is supported by a laurel wreath. A center panel is for engraving the name of the recipient. The date, “MCMIX” (1909), when Palm Beach County was established, is inscribed at the bottom.

FIVE POINTED STAR, POINTS REVERSED, WITH V-SHAPED EXTREMITIES EACH TIPPED WITH A BALL- 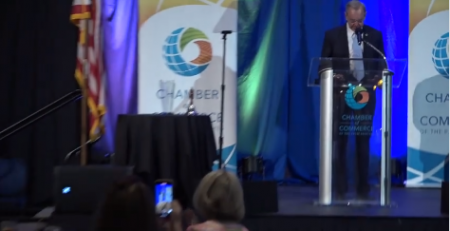 The Chamber of Commerce of the Palm Beaches presented the Sheriff of Palm Beach County, Ric Bradshaw, with the… 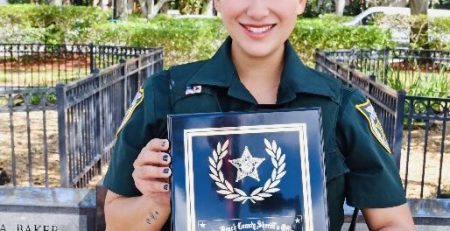 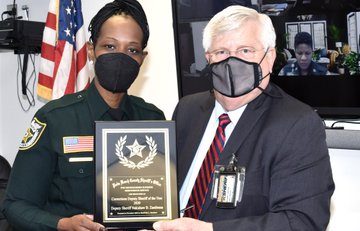 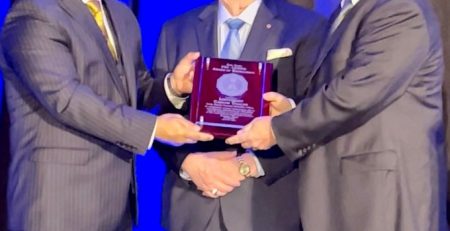