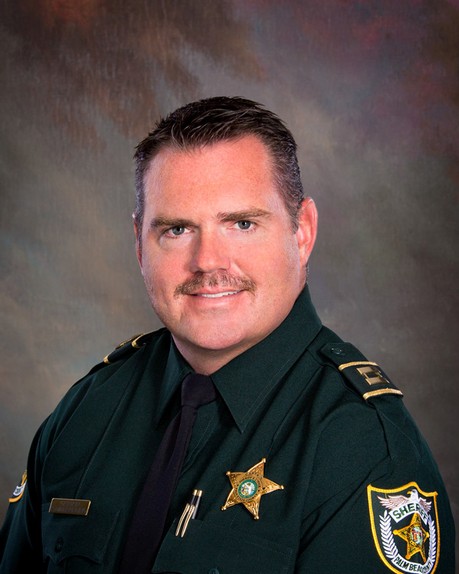 I’m a native of Palm Beach County and have worked at PBSO since 1992. As a deputy I
worked Road Patrol in District 4, District 3, and became a member of SWAT. I became a Field
Training Officer in 1997 where I remained assigned in District 3 until I was promoted to
sergeant in 2002. During my tenure as a sergeant I worked in District 4 Road Patrol, District 3
as a Field Training Sergeant, the District 3 Street Team, and the Narcotics Division. In 2009 I
was promoted to lieutenant and spent time as a Watch Commander, the District 3 Executive
Officer, and the Narcotics Division. I was promoted to captain on 7/12/15 and this is my first
assignment.


My formal education began with an A.A. in Accounting from Central Florida Community
College. I then went on to earn a B.A. in Business Management from Florida Atlantic
University. I later graduated from American Military University with a M.A. in Criminal
Justice with honors. I also graduated as valedictorian of the 117th Administrative Officer’s
Course at the Southern Police Institute at the University of Louisville.