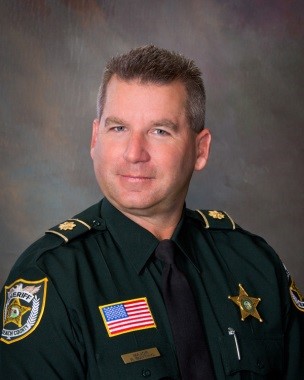 Major Mattino is a native Floridian and was born and raised in Palm Beach County.

Major Mattino started his career in 1987 in the Purchasing Department responsible for all of the fixed assets in the agency. In 1989 he became a Deputy Sheriff. Major Mattino has held positions in the K-9 Unit, Tactical Unit, SWAT Team, Gang Unit and the Narcotics Unit. Major Mattino was promoted to Sergeant in 1998, Lieutenant in 2001, Captain in 2003 and to the rank of Major in 2014.

Major Mattino has a Bachelors and Master’s degree from Barry University in Public Administration. He is also a graduate of the FBI National Academy Session 243 in Quantico Virginia.

Major Mattino has been married to Debbie for over 31 years and has one son Mathew (also a Deputy Sheriff).