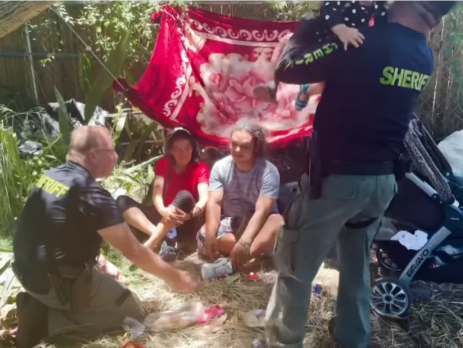 PBSO2022-08-09T12:52:56-04:00
We received a call about a family that was homeless with a 16-month-old baby; they were living in a field. We reached out to our PBSO Homeless Intervention Team and then made contact with the family. After talking with the father, we found out that he has a full-time job making $10.50 an hour, but he was late on his rent. He was paying $350 a week for a one-bedroom and fell behind, which caused the family to be forced out. We also found out that it was his wife’s birthday. So our deputies transported the family to a hotel for temporary housing with the help of The Palm Beach County Sheriff’s Foundation until our PBSO Homeless Intervention Team could secure more resources. We also took the family grocery shopping at Publix where one of the managers and staff purchased Maria a cake to help celebrate her birthday. ​​
July 22, 2022 Community, good news, news
social position