After further investigation, deputies arrested Melissa Strong, DOB: 9/05/1979, of West Palm Beach for Grand Theft.  Melissa was transported to the Palm Beach County Jail where she is currently going through the booking process. 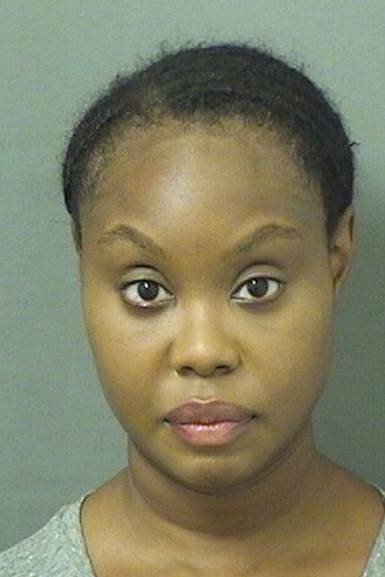 *If the media is interested the owner of Star Pups Inc., has a copy of the video showing a visual of this incident*

PBSO responded to a theft of a 8 week old black & tan female Teacup Yorkie.  Upon arrival deputies learned that a female entered Star Pups Inc., and requested to see small dogs. An employee brought a few dogs out for the female to look at then allowed her to hold an 8 week old black and tan, female Teacup Yorkie.  The female asked if she could take the Yorkie home to convince her husband to allow her to keep her. The employee advised she cannot leave the store with the Yorkie without paying for her.

As the employee was attempting to close the store for the evening the female was seen running out of the store with the Yorkie in her left arm. The female suspect was seen getting into a 2011 black Mercedes Benz, four door sedan, with California license plate # 8PHT546, then fled in an unknown direction.

The suspect was described as a black female, approximately 5’04” to 5’05” tall, 35 – 40 years of age, wearing a white hat, white and gray striped long sleeve shirt, black leggings, black shoes, and carrying a black purse with white polka dots on it.

PBSO encourages the female that took the female Teacup Yorkie to return her to Star Pups Inc as soon as possible.

Anyone with information on the female Yorkie’s whereabouts is urged to contact Crime Stoppers at 1-800-458-TIPS.