Detectives Seeking Public’s Assistance on What Happened to Phoenix 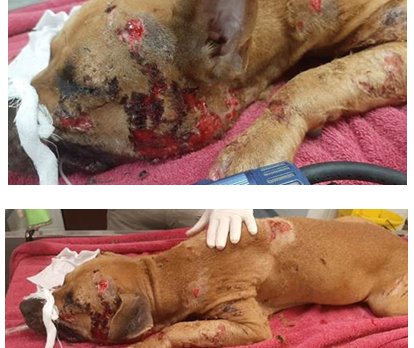 Detectives Seeking Public’s Assistance on What Happened to Phoenix

Who Would Do This?

On September 5, 2022, a three-year-old Pit-bull mix named Phoenix was found injured in the area of Blue Heron Blvd. and Central Industrial Drive.  Phoenix was taken to Animal Care & Control where she was treated and turned over to Leeann at the Shining Horse Farm and Sanctuary.

Detectives are hoping someone knows what happened to Phoenix.  It is believed she was mistreated, brutalized, and possibly used as a bait animal in dog fighting.

Anyone with information on what may have happened to Phoenix is urged to contact Crime Stoppers at 1-800-458-TIPS.

Anyone wanting more information on Phoenix’s wellbeing is urged to contact Leeann at 561-574-4762.