“We went to dinner tonight at Tijuana Flats here in Boynton. As we were eating, in came a group of US Marshals and Palm Beach County Sheriff Tactical Unit. Probably about 6-8 guys who were fully geared up and clearly working but stopping for dinner. They sat at a table in the back so each time they walked by us, our 3 year old son, Barrett was just fascinated with them. A couple of the officers stopped to say hi to him and chat. A few minutes later, one went out to his car and came back in and to our table. He had gotten a “badge” for Barrett and a US Marshals “coin” with the emblem on it. He told Barrett that now he was an honorary US Marshal and could catch the bad guys with him. Barrett was beyond over the moon. My husband put the badge on his shirt for him. I have been working so hard on teaching Barrett to not be afraid of police or firefighters. We have gone to the fire station several times for tours, I have him wave anytime a police car or fire truck passes us, etc. these guys taking the time to talk to him and then give him a badge was huge. When we were leaving, Barrett wanted to say goodby[e] to them but was too shy to walk back to them. One noticed this and told his coworkers and they all stopped eating their dinner, turned and said goodbye to him and waved. With so many horrible stories about police in the news lately, I don’t have words for how happy it made me that they were so good to a kid they didn’t even know. It’s hard to see the badge pinned to his shirt in the pictures but I can tell you that the smile has yet to leave his face. Very commendable of those officers and we very much appreciated it.” – A Fan 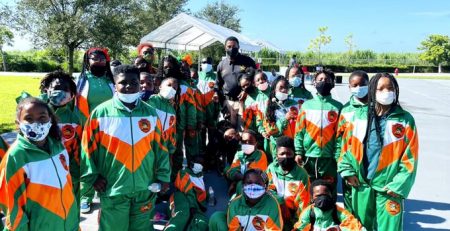 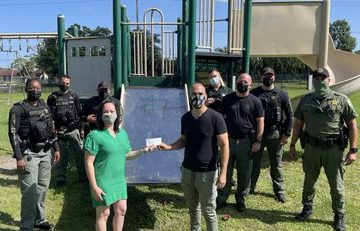 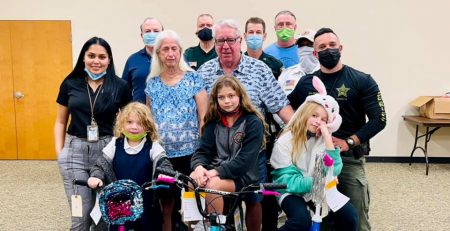 PBSO & Cops Helping Kids share a common goal: To serve the community’s children and build their trust in… 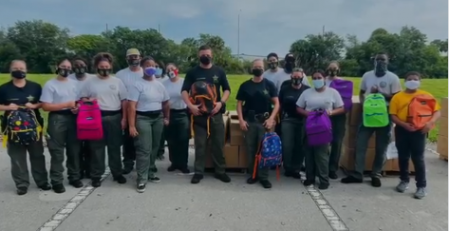 Our PBSO Explorers, under the leadership of DS Brown and DS Sutterfield, did an amazing job loading boxes of…