PBSO is working a homicide at 1202 S. F Street Lake Worth. One adult male deceased on scene. One B/m suspect at large at this time. VCD called to the scene as well as Crime Scene Investigators. This is an open and ongoing investigation. 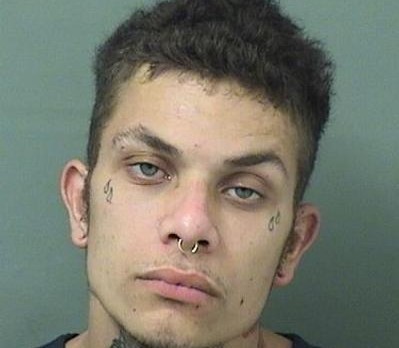 Detectives were handing out flyers regarding a missing person, Tyler Etue, in the City of Lake Worth, 200 block of South L Street,  when they walked up on a foul odor. While investigating further remains were discovered.  The medical examiner’s office was called and confirmed the remains were human.  The medical examiner’s office will take position of the human remains.
The victim of the human remains has been identified as Tyler Etue, DOB: 10/11/89.
An autopsy was conducted, on September 10, 2015, by […] 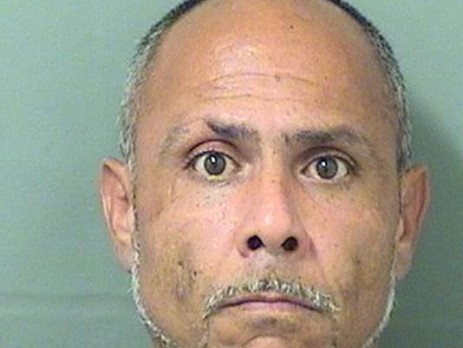 A Serial Burglar, who burglarized over 13 homes, has been Apprehended

A Serial Burglar, who burglarized over 13 homes last year in Lake Worth, has been Apprehended.
Jose Pastrana was developed as a suspect in a current Burglary. After further investigation, it was determined that Jose Pastrana committed numerous residential burglaries. During an interview with Pastrana he admitted to committing 13 residential burglaries, in the city of Lake Worth, in the last year.
Pastrana was booked into the PBC Jail earlier today on three burglary charges. More charges are forthcoming.
[envira-gallery id=”4036″]

Every year we throw a picnic/pool party for all the 5th Grade Safety Patrol kids in Lake Worth. About 150 kids enjoyed the pool, the slides and the interaction with Law Enforcement.
“When we could build these positive relationships with the kids, they can look back and remember when they worked with the police and got to meet with the police to make good choices in life”.

::Watch PBSO Operation “Serve and Protect Reading Program”::
Palm Beach County Sheriff’s Office Deputies celebrated the final day of the Serve and Protect reading program with students at North Grade Elementary School in Lake Worth, Fl. Over several weeks, the deputies mentored and read to the students at their school.

Palm Beach County Sheriff Ric Bradshaw thanking the Hispanic Community for their support in regards to an allege case of police misconduct.

Do you know this person?
On Sunday, 5/31/15, at 7:10am, this black male entered the Home Depot at 5750 S Jog Road, Lake Worth. The suspect confronted the store clerk demanding money from the register while holding a knife. The suspect is described as being in his 30s, 6-0 tall with an average size build. He walked out of the store heading towards the nearby Brentwood Estates development. There was no vehicle seen by the victim or captured on video.
Anyone […]

THANK YOU to the Breaking the Cycle of Violence Program.

Four 5th Grade Boys from the City of Lake Worth Were Accepted for Pre-engineering at a Local Middle School – THANK YOU to the Breaking the Cycle of Violence Program.
Breaking the Cycle of Violence
Congratulations to Carlos, Jose, Miguel & Dandy who were accepted to middle school for pre-engineering. Their success is credited to the elementary schools partnership with the Deputies assigned to the City of Lake Worth. Good luck boys! 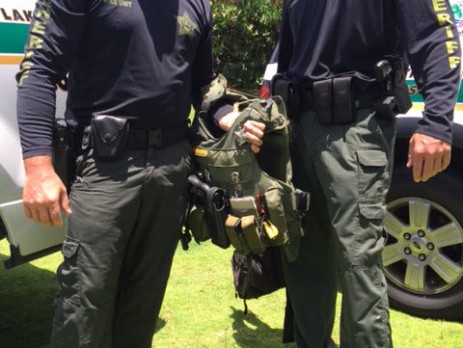 Deputies patrolling Lake Worth Beach on ATV’s observed someone struggling in the water approximately 30 yards off the beach. Observing the struggling swimmer caught up in a rip current, deputies began yelling at the swimmer to swim parallel to shore. The swimmer appeared to be exhausted and was struggling to keep his head above water. Deputies quickly ripped off their vests & gun belts, ran down the beach and dove into the water. Both deputies swam out to the […]

Disguised males Wanted for an Armed Robbery to a Business in Lake Worth.

Two black male suspects with their faces covered, were captured on surveillance video entering a convenient store brandishing a handgun and demanding cash from the register. Both suspects fled on foot in an unknown direction.
This armed robbery occurred at the Kwik Stop, located in the 2000 block of 10th Ave North, Lake Worth, on May 18, 2015, at 5:45 pm.

If these individual resemble anyone you know please contact Crime Stoppers at 1-800-458-TIPS.