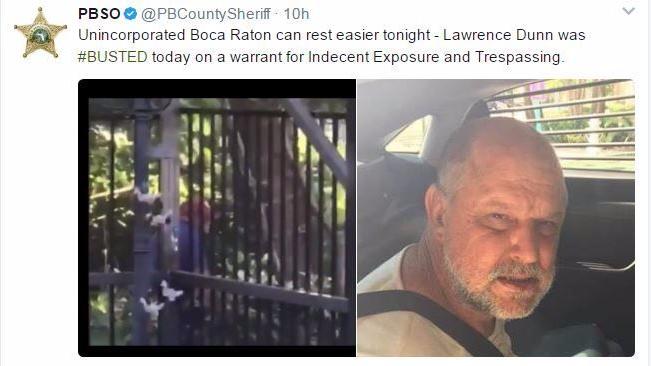 Lawrence Allen Dunn, DOB 12/10/61, was observed hiding behind bushes and appearing to commit a lewd & lascivious act while watching young children as they were walking to school.
The most recent incident occurred in the unincorporated area of Boca Raton.
He is also known to spend time in Broward County.
Dunn was arrested today on a warrant for Indecent Exposure and Trespassing.
He has been transported to the Palm Beach County Jail for processing. 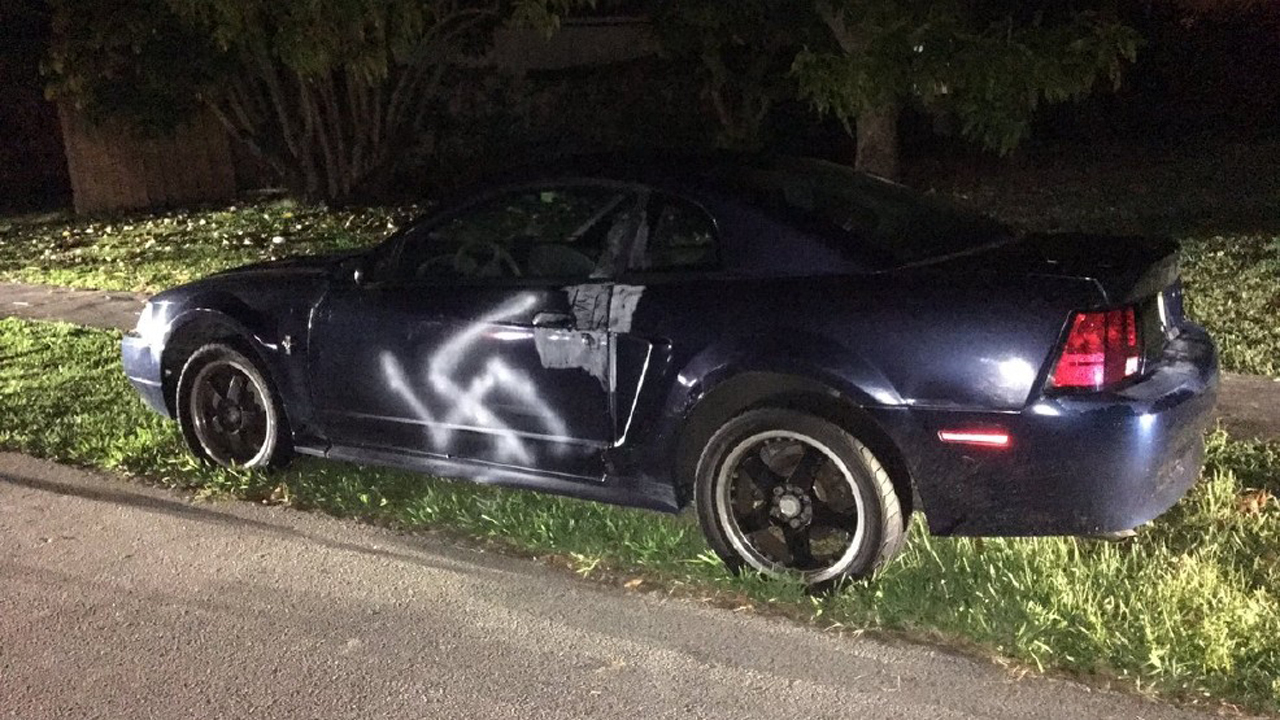 PBSO is Investigating a Hate Crime

Upon arrival the deputy learned that her son’s 2001 Ford black mustang had been parked on the east side of the residence for the past couple of months.
Sometime between February 11, 2017 at 7:00 pm and February 12, at 8:00 am, an unknown person spray painted a white Swastika symbol on the driver side door.
There is […]

Deputies are seeking a suspect in the Unicorporated Boca Raton Area

Deputies are seeking a suspect in the Unicorporated Boca Raton Area – Until located roads will be shut down.
Just after 9:00 am, deputies responded to shots fired in the 23200 block of State Road 7, Boca Raton. Upon arrival deputies learned that the suspect may still be inside the business. ALL occupants in the business and surrounding businesses have been evacuated successfully.
While deputies are looking for the suspect the following roads will be shut down: north and south bound […]

Elderly Couple Accidentally Drives into a Canal and is Rescued by Two PBSO Deputies.
Deputies responded to a car in a canal in the 9100 block of Villa Portofino Circle, Boca Raton (near Lyons Road). When they arrived they found a car with two occupants inside a car in the canal. Two PBSO deputies entered the water and rescued both occupants safely guiding them to shore.
Both elderly male and female were transported to a local hospital where they are expected […]

Suspect wanted for Strong Arm Robbery in Boca Raton.
An unknown suspect committed a strong arm robbery to a person riding a hover board and walking his dog in the 18200 block of Boca Way Drive, Boca Raton.
The suspect appeared to be a Hispanic male between 16 & 17 years of age, 5’09” – 5’10”, 140 pounds, with black spiked hair and brown eyes. He was last seen wearing a light brown t-shirt and desert camouflage cargo shorts. The suspect […] 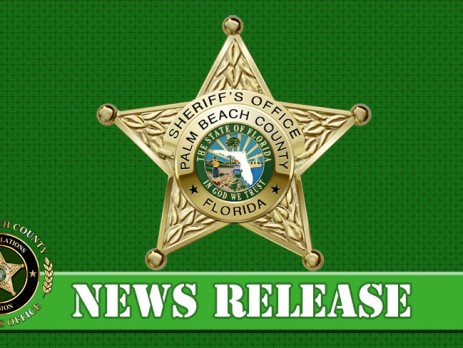 Deputies responded to a man with a gun call at the Postal Office located in the 8100 block of Via Ancho, unincorporated Boca Raton.
A 90 year old male walked into the facility. He was not satisfied with the services so he pulled out a handgun, pointed it at the Postal employee and threatened to “blow his head off”. As the suspect was exiting the post office he was taken into custody without incident by the responding deputies. The firearm […]

On Sunday, June 8, 2014, shortly after 10:00pm, Susan Roberts drove away from St. Mary’s Medical Center, where she was employed in the pharmacy. Roberts was driving her beige 2009 Lexus GX350 sport utility vehicle en route to her home in unincorporated Boca Raton.
On Monday, June 9, 2014, at 3:47pm, Roberts was discovered deceased inside her vehicle in the Watergate Mobile Home Park on Sandalfoot Boulevard, also in unincorporated Boca Raton. It is believed that Roberts may have been […] 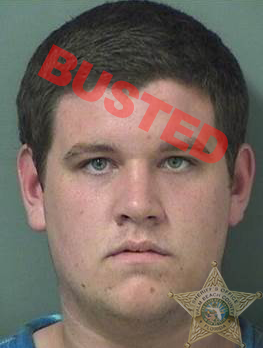 Agents from the Palm Beach County Narcotics Task Force (PBNTF) received information from a partner agency, the School Board of Palm Beach County Police Department, that an adult was selling prescription drugs to students at a Boca Raton area high school. The PBNTF initiated an undercover operation and purchased prescription medication, 12 Xanax pills, from the suspect, Dennis Thompson.
Agents immediately took Thompson into custody upon completion of the undercover drug transaction, which occurred in the parking lot of the […]