Palm Beach County Sheriff Ric Bradshaw doesn’t think gun control is the problem. He thinks the problem is controlling which people get the guns. “We don’t want to get guns in the hands of the wrong types of people, especially people who have mental issues,” Sheriff Bradshaw told CBS12 News during a 6a.m. discussion on the recent mass shooting in California. “That’s where we get some of these active shooters and the work place violence and stuff like that.”

As Sheriff Bradshaw sees it, putting extra laws in place to prevent ordinary people from purchasing guns does not accomplish anything. Screening the process so that people with problems and backgrounds that are suspicious is vital in providing resolution. Until this is done, guns will continue to be bought through regular channels by people who are a risk to others in owning them. “That’s going to be the key here,” Bradshaw said, “and until we wake up to that, we are going to keep on having bad situations.”

He agrees that this does not prevent the criminal element who would use illegal methods to get a gun from being able to obtain one, but he feels that other people who would be responsible gun owners should not be restricted from owning a gun. “We shouldn’t restrict the good guys. We’re just finding out here who are the people who have problems and issues prior to getting them, and are not really capable of handling the guns,” Sheriff Ric L. Bradshaw said. “But the ones that we find out afterward that they bought the gun legally, but they didn’t really go through the screening process to weed out some of those people, that’s the problem.”

This puts more responsibility on the person selling the gun to make sure all laws are followed, but that should already be done at present. The screening is required to protect both the seller and the public.  When it is circumvented to speed up a sale, there may be times when there are no repercussions, but the risk is simply too great. Sheriff Bradshaw simply wants to see the rules followed so that lives will be saved. If control is focused on who is handed a gun, then the concept of absolute gun control will not be so great a focus. 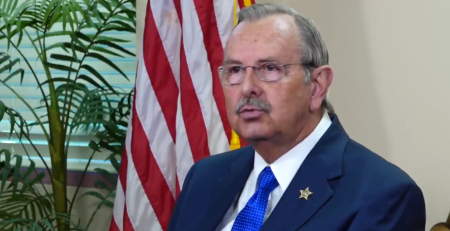 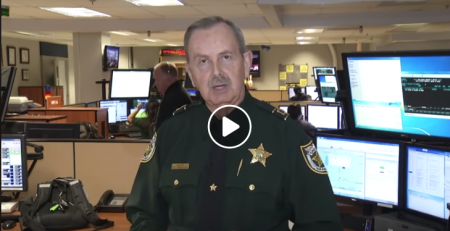 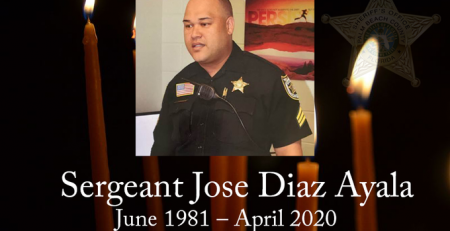 COVID 19 Claims One of Our Deputies

We are sad to announce the passing of our dear Sergeant Jose Diaz Ayala. Sgt. Diaz Ayala, 38 years… 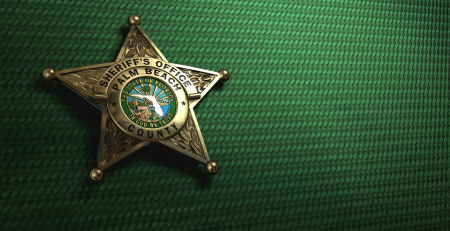